Get Down to Business With 2 Sensational Clipart Collections 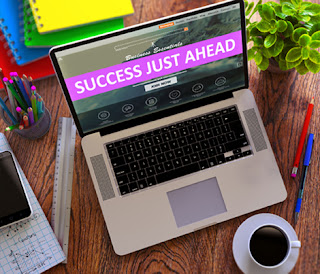 Time to get down to business.  Monday morning has arrived,  like it or not. We've had two days off for fun and play. Now we must settle in to the daily grind.

Which can often require a good deal of focus, especially when coming off a weekend high.

My Saturday and Sunday were perfect, spent at an annual event we never miss. A huge car show dedicated to all things Mopar, it's the highlight of the summer for my husband. After taking 10 years of his spare time to lovingly restore a 1967 Dodge Coronet RT,  it's great for him to take it to the show and compare notes with those of like mind.

And as a sun worshipper, a fan of the awesome late '60s Mopar muscle cars, and a music lover who still thinks the best tunes came from that decade as well, I have no complaints spending two days there either.  Checking out the vibrantly-coloured cars with enticing names like Road Runner, Swinger or Barracuda, while walking under a blazing sun and listening to tunes that make me feel like a 16-year-old again, albeit one with grandkids, is my idea of a good time.

The 2016 event lived up to expectations, another investment in the memory bank to be cherished for a long time. Family and friends stopped by to hang out in the shelter tent parked behind the beloved 'Artie'. We caught up with other classic Mopar owners we've come to know and met some new ones. Despite the promise of rain, the weather cooperated until the last few minutes of the final day.  An added bonus was that I even found some time to relax and read a book.

Which really is unusually rare. There's typically nothing relaxing about this event. Spread out over two ball diamonds and a large fairground, it involves a lot of walking. When the grandchildren arrived, we were on the move for every minute, travelling from the playground to the facepainting booth, picking up homemade ice-cream and kettle corn.

Packing, unpacking, polishing are all part and parcel of the setting up, taking down and returning home. Not big deals but more than we want at the end. Sunday night we pulled into the driveway rather weary and kind of blue, sorry it was over and knowing there was work to be done. Thank goodness, our terrific neighbour took pity and invited us to join them for supper.  We did take some convincing, but I'm a little abashed to say perhaps not as much as it should have.

After a great meal it wasn't long before conversation turned to the next day and the return to work. How swiftly yet another weekend had flown by, we agreed. How soon the morning would arrive.  We joked about excuses to be absent on Monday, knowing we'd never use any of them, but sure wishing we could.

As the alarm clock jolted me out of a divine sleep this dawn,  I struggled to shake off the residual effects of a weekend well spent and motivate myself for the job ahead. It was time to get down to business for sure.

I can feel the glow of the previous two days start to fade as I settle down in front of the computer. As I turn to the hundreds of emails that accumulated in the down time,  I can feel the focus shift. Images of sleek cars, family and friends, move to the background as I ponder what images I might share here.  Since it's time to get down to business, I've opted for these incredible collections of business clipart.