In the Market for Outstanding Shopping Photos? 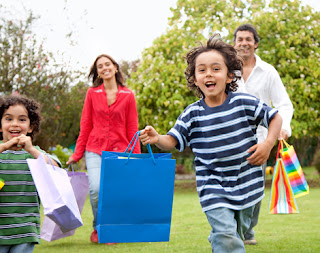 It was a great weekend.  Such a perfect mix of many things that mean so much. There was family and entertainment, surprises and shopping. Some of it was planned, some unexpected and at least in one circumstance, contrived.

Setting the right tone, came with a little inspiration, shortly after checking out of work on Friday. I was by then, a woman with a mission. It had been one of those weeks when the weekend really needed to begin and I was eager to start things off with pizza date night with my guy.

The only problem was that someone had forgotten to pick up the meal on his way home from work. Hearing this and determined to set the weekend off on a good note, my feminine wiles took over. Scheming, I formulated a plan for what I realized would  be an even better start.  Since it was a lovely night I decided it was a good time to roll out my favourite ride, our classic Coronet RT, go for a cruise and partake of dinner out.

It was obvious this was a really great idea. It only took a little persuasion to convince my guy to get back in a car again and rumble down the road in our 'Artie'.

The ride was great, the supper good and it offered a nice opportunity for us to catch up on the week that was and ponder what the weekend would be offering.

Returning home we decided to grab some wine and head out on the deck for a  quiet nightcap. As is the way of life in a  tight-knit, friendly community, however, plans changed. What was going to be an intimate end of day,  became instead an impromptu gathering of friends for some socializing under a summer evening sky. Fun conversation ended the day on a light-hearted noted, just the right set-up for a good night's sleep.

Another surprise visit brightened Sunday too. While we knew we were attending a special dedication for my parents at their church with my sister and her husband, followed by a country club brunch, we didn't know that they were going to detour back to our house for a while. It was a relaxing afternoon and by the time they left, it was too late for my husband to get in to any projects, so the much-needed down time continued. Summer songs drifted from the speakers as we enjoyed sunshine and easy conversation for a couple of hours before supper.

The highlight of the weekend, however, was sandwiched in the middle of this plethora of pleasure.  Saturday was a day replete with family and entertainment.  It culminated in my attendance at Stratford Festival's production of A Chorus Line, followed by a night on the town to hear our boy and his band.

The first part of the day, however, was a rare treat. A few days ago I had mentioned in a post how much I used to love back-to-school shopping adventures with my kids. I talked about my little granddaughter starting Junior Kindergarten after Labour Day, and how I wish I could be part of that experience. Shortly after, my daughter  messaged me asking if I'd like to go shopping Saturday with her and the babies. Her hope was to spark our Little Missy's enthusiasm.

My affirmative response was immediate, of course. We met bright and early for coffee and as much as I love shopping, I've never had this much fun doing it. Finding clothes and accessories that brought delight to her eyes quite simply made my morning. Given carte blanche amidst bracelets and bows, she gently, in silent wonder, perused and considered the selections before settling on her favourites. If something, like earrings for her non-pierced ears, wasn't appropriate, she accepted her mama's veto with grace.

Though her mother assured me that clothes weren't really a requirement, let it never be said someone went shopping with me and didn't indulge in fashion. After an hour in the store we departed with nifty new outfits, including shirts and sweaters bearing images of her beloved 'neigh-neighs'.

Youngsters and teens will be tagging along with Moms and Dads this week in our area to stock up for back-to-school next week. It's the wake up for retail, as consumers get off the beach and return to malls.  Images of happy shoppers will grace advertising and promotions. Here are some terrific photos perfect for business projects: