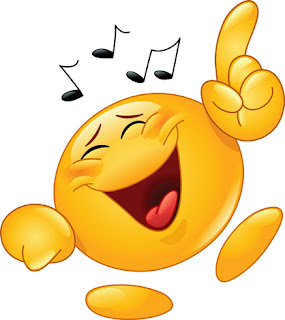 We know the sounds of music. Soft notes wafting like butterflies on a gentle breeze, surround us in a tender embrace. Grinding guitars drive feelings to the gut, while a drum's tribal rhythms set bodies in motion. A saxophone's dreamy melody soothes the raw edges off a rough day, while the capricious flute delivers tunes both haunting and lilting.

Yes, this is music — a medium capable of stirring emotions without words. Its power is tangible. It can transport us, revive us, restore us. One need only watch people's reactions to it to understand that. Whether it's the song that takes us back to another place and time, or a tune that targets our deepest feelings and raises them to the surface, music moves us.

But what about its images? Yes, images. What do we see when we listen to music. There is the pianist's intense concentration or the guitarist's insular immersion. The dreamy gaze of a jazz musician, the upbeat country countenance, rock stars' antics and the frantic energy of the fans — these are among music's many faces.

One of my favourite things to do when attending a concert is to watch the reactions and expressions of folks around me. You can see when a particular song affects them, and how they respond to it is almost as entertaining as the music itself. My son is a guitarist and when I attend his performances, while I love to watch him first and foremost, attention is often diverted to the crowd. The first few notes of a song are played and you can see the effect it has, the pleasure it can bring. And wonder what about that particular tune spoke to them.

This weekend, a major blues festival is being held in our area. It's an event my hubby and I have attended since its inception. We've watched it grow and change. Venues have been added and the numbers of attendees has increased exponentially. While in the early years, the festival was comprised of important blues names, they tended to exemplify the genre, a group of gritty musicians known well to fans, less so to the mainstream market.

However, with demand comes a change in supply. More familiar names are taking the stage, though the connection to blues is a stretch. Also, since the event is free, with the exception of the dollars spent on beer, food and merchandise, a grand opening night with a headlining act has been added. Entry to this costs the big bucks.

For us, these changes are a bit disappointing. We liked the rootsy vibe the event once had. When we think of the blues, we think of boozy clubs, lazy bayous and dusty backroads. We also envision the stories that are part of the culture, along with the images that illustrate those stories. We enjoyed watching true blues fans cluster around the stage, listening with rapt attention, letting the music soak into their souls, shouting out the occasional response to what they were hearing and feeling.

These images, of course,  show us what music looks like live. But even if we're pumping that sound through our Beats by Dr. Dre,  pictures appear — of the places we were, of the people we knew, of the artist. Music can connect us to feelings that make us ponder all of these things and more. Ultimately, as its sound overtakes us, music becomes not just audial but visual.

When we need to draw attention to a physical music project or design, obviously we must rely on illustrations to create the proper aesthetic. Here, then,  are some highly appealing music-themed clipart collections: