Taking You to the Classroom With Quality Education Photos 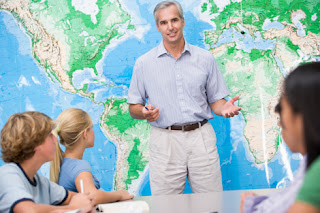 Mid-August has arrived. The morning air now has the crispness of a harvest apple. Daylight fades startlingly early. Little leagues are wrapping up their seasons with diamonds full of playoff tournament action.

I frequently shake my head at this reality — that summer is in its twilight. Hard to fathom but in just a few short weeks the leaves will begin the transformation from their verdant grandeur to glorious shades of crimson, orange and yellow.

Equally shocking is the fact that teachers will soon be heading back to classrooms to begin prep work for a new school year, followed soon after by the returning students. Yet, another lovely summer will be a memory.  Excited voices heard from playgrounds, backyards, pools and sports fields, will be back to school.

This past weekend our eldest child, a teacher, stopped by for a visit. Eventually conversation turned to when he would be back to work. As he chatted about his expectations for the term, about the projects he would soon be needing to get ready, I was reminded about what it really means to be the professional shaping young minds.

While there will always be exceptions, the majority of educators deserve a lot more credit than they often receive. At risk of getting too political, I want to state some truths about the profession that I've come to recognize as a result of various situations. First,  it's a comment made frequently in the Province of Ontario at least, that teachers get all the good holidays. They are off for the entire summer, March break and two weeks at Christmas, folks lament.

In theory, perhaps this is correct. However, my son is still finishing up work at the school at least a week after the students check out for the summer. And you will find him back there two weeks before classes begin. The same is true of Christmas, when he will definitely be back a few days during the break.

The other remark I hear is how much people would like a teacher's 9-3 office hours. To them I like to point out that my son is typically at the school in the morning by 7:30 and often doesn't leave until after 4 p.m.  Lunches might be spent outdoors on yard duty. When he does go home he will many times be marking papers until late into the evening.

He's not an exception either. When I worked at the newspaper, I did a series of "walk-in-their-shoes" stories. One of the features was a day in the life of a secondary school teacher. I met her in her classroom at 7:45 a.m. as that is the time her day began. Given the scores of others walking the halls I can only assume that's the norm.

Many surprises followed, including the quick half-hour lunch during which she prepped for the afternoon. There was no break during the day, and she was still at the school when I left at 4:30 p.m. That evening she was going to be marking the tests given to one of the classes.

Being a teacher isn't a cakewalk. Having watched one agonize over his students, having seen several friends working in education, do the same, I know the challenges they face — including often a lack of support from administration and parents. Having spent a day figuratively walking in a teacher's shoes I have nothing but respect for those who are dedicated to their work, with very little in the way of recognition or thanks coming their way.

So, as the last few weeks of summer fade away, and our educators begin gearing themselves up for the classroom, here's a collection of photos dedicated to the profession: