Remembering German Grandparents and Celebrating Their Culture With Oktoberfest Clipart 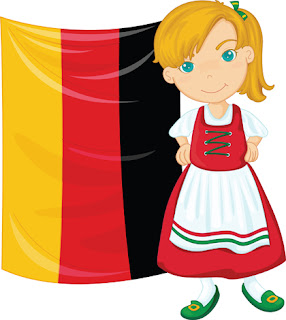 He was an uncomplicated man. He knew little of life but struggle and hard work. His days began before dawn and ended as dusk crept through the sky.

Each morning he set out to the fields and animals he loved, speaking little, expressing less.  He spoke little bowing to the formidable personality of his stalwart wife. He was a man of the land, leaving the day-to-day aspects of life in her cracked, dry, capable hands.

She was unquestionably the strength, a woman toughened by the realities of raising a family through the Great Depression. She loved her kids like a tigress, yet sentimentality was a foreign condition.

These were my paternal grandparents. Solid, honest people who kept emotions at a premium, they thought less about happiness than they did about labour and its rewards. She was the dominant force in this partnership, the one who faced adversity without emotion, who rose each day putting one step ahead of the other. My first memories are of her sitting playing hymns at the big pump organ in the parlour, of hands working through rich garden earth,  or of her standing for hours in the kitchen. For her there were no other places.  There was no television. The only book she read was the Bible. And relaxing was an incomprehensible concept.

When I think of her husband, my dad’s father, I think of a man who showed little by way of affection, yet who was never impatient or unkind. He would sit in the chair at the kitchen door, gnarled hands planted firmly in his lap as he waited for the evening meal to be served. He rarely smiled, but never growled. Though he seldom acknowledged us in a tender way, his tolerance, whether my cousins and I ran screaming around him, or chatted incessantly behind him as he walked to the barn, was admirable. He allowed us to follow noisily behind and we were thrilled to tread in his footsteps.

This pair were both grandchildren of German immigrants. And it was that which indirectly provided the most cherished memory I have of my grandpa. Both of my grandparents were fluent in the mother tongue of their forefathers.  Conversations between the two often were a combination of their two languages.

I have no recollection of how it happened, but at some point I expressed an interest in learning the foreign words they exchanged between themselves and their children. I was quite small but remember sitting on his lap as he counted, recited poems he had learned as a schoolboy, and taught me the most important words in any language. Ich liebe dich might not sound as elegant as Je t’aime or even I love you, but it was lovely to me.

Those times with him raised an interest and pride in my heritage. Some casual research in recent years has disclosed that my maiden name is Bavarian — the land of lederhosen and dirndls, food and drink, folk music and gemutlichkeit. That I have married a man of German descent as well,  has tightened the connection to our past. We plan a trip following retirement to the our ancestors' place of of birth to see what we can learn.

Were we there now we would be in the midst of the annual Oktoberfest — a celebration of heritage and culture, an expression of the Bavarian informal love of life. However, staying close to home soon brings the same, as a neighbouring city  to us hosts the largest North American Oktoberfest in the days following our Canadian Thanksgiving.

As a girl with pride in her German ancestory, it's only fitting then that I honour these occasions with some wonderful clipart collections: 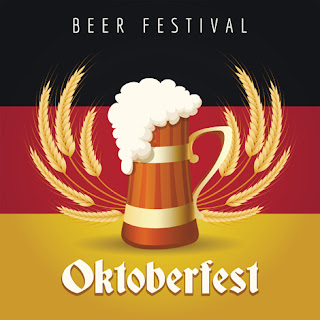 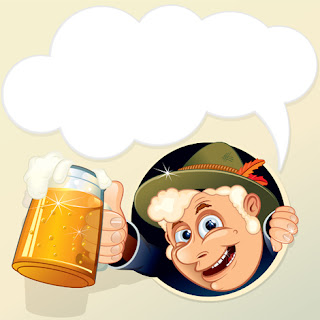