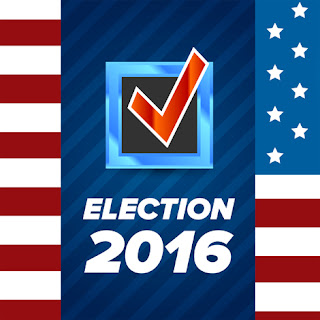 "Politics is the art of looking for trouble, finding it everywhere, diagnosing it incorrectly and applying the wrong remedies." — Groucho Marx

In 21 years as a small-town journalist, steering clear of politics wasn't an option.  I watched politicians from local to national governments discover problems and as the inimitable Mr. Marx pointed out, never actually fixing them.

Municipal elections brought up issues close to the heart which filled commentary and editorial space. Giving each candidate the opportunity to have their say involved connecting to them and providing a platform for their agendas.

When provincial and federal elections arose, it was more of the same. There were debates to cover and forays into the big leagues as national and provincial leaders stumped their way into our area to glad-hand and support the local candidates.

Through it all the job of our editorial staff was to be the eyes and ears of voters in our modest, rural community. We reported on the impacts of government decisions, we provided a forum for and offered opinion.

The newspaper publisher was staunch in his conviction that his little newspaper had integrity and politics would be approached with an unjaundiced, unbiased eye. State the facts, but keep your left or right leanings out of the equation was the understanding.  Which could be exhausting. I had convictions, knew who I believed in. Too boot, I soon wearied of the rhetoric, grew jaded by the broken promises.

Thus, when I changed careers close to seven years ago and began filling space in this blog,  it was with the intention to steer clear of politics as a topic. Having too often seen the hypocrisy, heard the lies, been a victim of the ineffectiveness and experienced disappointment over and over again, I was ready for something a little more positive.  Given that the world in which I work now is all about the visual and what it can do to enhance or improve virtually any project,  I didn't suspect I'd be having any problem holding myself to my promise.

However, it's getting pretty difficult to ignore what's happening south of the border in the United States at the moment. And having watched the first presidential debate last night, there's no question that the eyes of the world are interested in what's happening now and in the outcome. The opportunity to elect the first female as leader of that powerful nation has historical significance. That the politically savvy Democratic nominee is Hilary Clinton, while the Republicans have chosen a somewhat controversial figure in brash, billionaire businessman Donald Trump has seriously upped the entertainment value.

Since balance in my viewpoint is no longer a requirement of my job I fear that to linger too long on this subject might reveal what I really think of the candidates. Yet. given what Nov. 8's decision will mean for the rest of the world, it's the hot topic for today with far-reaching repercussions long into the future. That is difficult to ignore.

Weary of cynicism and controversy, though, no longer willing to open myself up to commentary that will never sway my opinion any way,  I offer instead to bring attention to this major event with a view on images. In this collection, there is no bias, just simply some terrific illustrations with a focus on both sides of the United States presidential election.