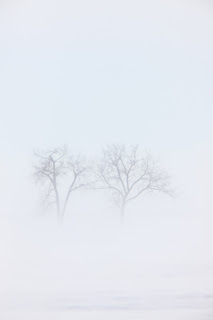 When it came to what type of image collection I might share today, my thoughts were full of snow.

We live in what is traditionally called the Snowbelt, just enough miles inland from the Great Lakes that the transformation from wonderland to 'where the heck is the land' is a harsh reality.  From now until April the potential is there for snowsqualls to swirl around us at regular intervals. Normal routine changes significantly and travel is risky. Driving through whiteouts is like a sudden plummet  into a milk bottle.

We know it's coming, but we're never really prepared. After a bit of a slow start compared to some years, snow began to fall about a week ago, albeit with a festive gentleness.  Then yesterday the portals opened above and a deluge of flakes fell while a nasty bitter wind blew them into a frenzy. Life as we know it here pretty much came to a standstill as roads closed, businesses shut down and events were cancelled.

Tucked away, we listened as this late autumn blast raged outside. Then, this morning, while preparing for work, a quick glance out a front window revealed to me the beauty of the calm after a storm. A thick coat of snow had reshaped one of our younger maple trees into something more closely resembling a weeping willow.  From the road it framed our front door with its Christmas finery, while strange clusters drooped from the roof above. It was the type of winter pattern that fascinates me. It's Mother Nature as Michelangelo.

She playfully displays her artwork, with a helping hand from Jack Frost,  on windows and on hydro lines. She provides the palette on which animals and people create the abstracts. You don't have to like everything she does, but there's no question that when you look beyond  her occasionally intense outbursts, she can give us a winter that's positively stunning.

I'm crossing my fingers that she has gotten all of this out of her system for a while. At least until Christmas is behind us. Too many loved ones on too many roads.

In the meantime, I will be able to take advantage of her creativity and have some photography fun. I was already inspired this morning with that quick look back at my home but had neither the energy nor the time at the moment to grab my camera. Hopefully it's still there when I get home so I can capture that particular bit of nature's artwork before it's gone. Just as the talented photographers did in these lovely collections of winter photos: 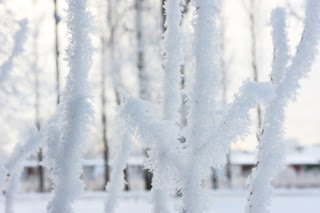 From icicles to footprints in the snow, here's 80 pictures that offer a closeup look at what remains after Mother Nature and Jack Frost have their fun. 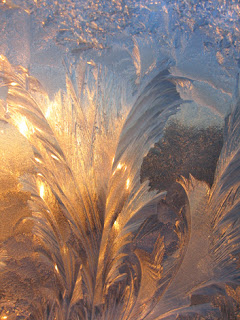