3 Wonderful Image Collections to Ring in the New Year 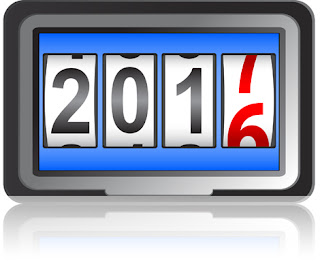 Today there was a little surprise waiting for me when I logged into Facebook for the first time. Besides the usual "Good morning", the social media site had prepared a short video reviewing my photos, posts and likes for the past year.

It was a rather pleasant start to the day, really — taking a look back at some much-loved faces and memories of good times.  Since the presentation wasn't something I had put together myself, it was, of course, missing a few people who should have most definitely been included. As well, there were some Throwback Thursday pictures that had nothing to do with the way my 2016 looked. But for a retrospective compiled from an outside perspective it was decent enough.

Though looking back was the focus of this compilation, however,  it also served as a reminder of what's to come. Another new year looms. Hard to believe, with all the Christmas rush and fun still on its way, that in a few short weeks we will be entering 2017. For those of us who sang along in 1974 with Paul McCartney's, "No one ever left alive in nineteen hundred and eighty-five" while thinking how how far into the future that seemed,  the reality that we're almost two decades in to the 21st Century is a bit of a stunner.

It's all too true though. Within a heartbeat of picking up the detritus of the Christmas morning unwrapping frenzy, of over-stuffing ourselves on turkey and all the trimmings, we will by ringing in the new year with a countdown, confetti and champagne. 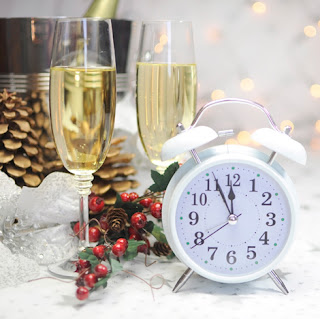 Around our house the evening of Dec. 31 is much quieter than it used to be, a fact that's accompanied by some fixed feelings for my guy and me. For decades we partied with a group of friends, with each of us taking a turn at hosting duties.  They were indeed, in the early days, crazy fun. We couldn't have imagined spending it any other way than with these dear old friends.

Life and circumstances, however, change us and the commonalities and interests acquaintances share, that once made a particular social circle inviting and exciting, might become less so. In our case, while affection remains, the way we and our friends enjoy passing leisure time has come to differ significantly.  Last year, after 40 years of partying together we went our separate ways. No regrets, just a clear recognition that New Year's Eve is a celebration and no one should spend it wishing they were doing something else. After a quiet dinner with this group then, my guy and I will be heading out to hear our son's band at a nightclub, while others who just head home. 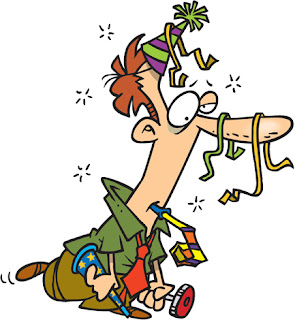 There are people who will be ringing in 2017 among strangers, in places where the music is live and the celebration loud. There will be others who will go out for dinner or to a house party with an intimate circle of friends. And there will be those who opt for nothing more than a quiet evening with their significant other.

No matter what, where or how, in just a few short weeks we will say goodbye to a year that has been — well, interesting, and welcome a new one with hope and faith in our hearts.

In the meantime to bring your New Year's projects to life here are three wonderful image collections: