A Collection of Frog Animations

Oh dat boi. What he could have put me through. There was certainly a bit of irony involved when my attention was drawn to the popularity of a meme featuring a unicycle-riding frog, dubbed 'dat boi'. As a person playing with social media on the job, when something goes viral I can't ignore it. Especially when the image had come from a resource connected to our company. And that the task of looking at this guy fell to me was the irony.  I am, you see, batrachophobic. Meaning that I am intensely terrified of amphibians. A toad in the garden will have me breaking out in a cold sweat, as my heart pounds and I lose my words. Bring a disgusting frog into the picture and you can add nausea, shaking and hyperventilating to the list of symptoms. The presence of a phobia is often associated with traumatic events and I connect mine with an incident that happened during my teens. I won't go into details, but suffice it to say it was the 60s and the stupidity of adolescence pla
Post a Comment
Read more 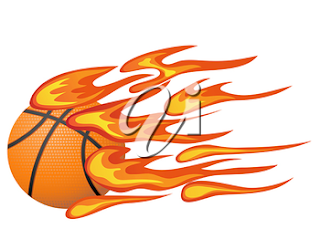 As the weather warms, athletes and sports fans turn their interests to outside games. Baseball diamonds are alive again with the crunch of bat and smack of glove. Hard bodies line up on other side of the net, smooth sand beneath their feet for beach volleyball.  Fleet of foot, soccer players tear up the pitch from goal to goal while reflex sharp tennis athletes serve up challenges on the court. For now, however,  many eyes are turned to the indoor action of the National Basketball Association playoffs.  Currently in conference semi-finals, teams are doing what they do best, combining athleticism and showmanship to entertain armchair and court-side fanatics alike.  Though the NBA is dominated by American teams, Canada is represented as well. The Toronto Raptors,  as of this writing,  are still in the game having fought back to take control  of the series with the Miami Heat. I admit I've never really followed basketball that closely. At least not since high school when at
Post a Comment
Read more

The attention is odd. He's not your typical bit of eye candy. His popularity is not based on good looks.  He is instead a somewhat slick-looking dude with gangly limbs, a homely countenance and black, beady eyes. Yet there's something endearing about 'dat boi'.  Perhaps it's his ride. Earlier this month a meme featuring a frog on a unicycle began making the rounds of social media. Suddenly dat boi, as he was dubbed, was everywhere. While the first meeting with him required his presence incorporated with an additional phrase,  "O shit waddup",  to express gleeful excitement, it has since taken on a life of its own.  Different versions of memes have been created, even one with Kermit on a bicycle which says simply, "Here come dat boi." The original frog on a unicycle, however, is the popular choice and besides memes, he can be found in movie posters (a spectral image in "Saving dat boi", for example), and even on a t-shirt. Type
Post a Comment
Read more 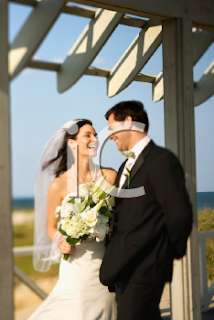 Today is a pretty significant occasion. Well, at least it is for my husband and me. Thirty-six years ago May 10 we both said "I do"  — to commitment, to accepting the other as our partner and to building a life together. In the time since, we've been pretty lucky. Sure there've been some missteps. However, they've been so insignificant as to be forgettable. For the most part, we have lived, loved and laughed, which is all any couple could ask. Though we've both reached a point where memories have faded and mutual ones often differ in the details recalled,  we are clear on those surrounding our big day. Whether it's something as mundane as the weather or the unique moments special only to us, when we talk about the wedding, our recollections are the same. First among them always though, are the moments of laughter,  a state that has defined our relationship from the start. We chuckle when we recall my husband's first comment to me after the c
Post a Comment
Read more 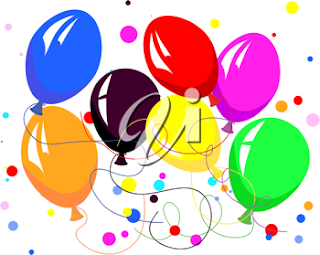 The month of May is the time to celebrate a lot of good things in our household. Starting with an event that began life as I know it now. Over three decades ago, I married my guy. In the time since we have built a wonderful life together which every year we take the opportunity to acknowledge and honour.  We have marked the occasion in a variety of ways, from quiet dinners together to parties with friends. But always we celebrate.  Because, contrary to what I've heard others say, I've never felt that an anniversary is just another day.  It's about as significant a milestone as any couple can have. All of your other married life stories start from that day. So, with busy calendars before us, my hubby and I opted to honour the 2016 occasion with a nice dinner out on Saturday.  Finding the time in our busy lives to reconnect in a relaxing setting was the perfect way to remember when our dance began and all the steps since. The next morning brought us Mother's Day
Post a Comment
Read more
More posts