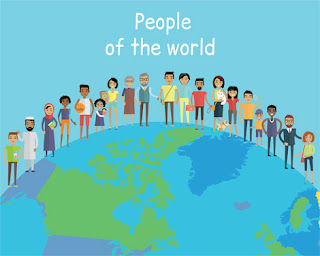 "If we cannot now end our differences, at least we can help make the world safe for diversity." — John F. Kennedy

What would the 35th president of the United States think of the world we've created for ourselves more than a half century after he spoke these words? Has society ever been more divided?

The war against discrimination continues to be fought on a number of fronts — ageism, racism, sexism, homophobia.  Extremists target those societies that they feel threaten their cultures and beliefs.

And the 45th American president today couldn't be further away in his ideals or  political savviness than his much-admired counterpart from the early 1960s. Elected this past November to serve one of the greatest countries in the world is a man accused of being homophobic and misogynistic, of being a businessman of questionable ethics and morals. Indisputably his untruths have become fodder for news agencies and late-night comedy. He quite literally lies about lying.

There is irony in calling this man the leader of the free world. Many have claimed he appears to care little for the rights and freedoms of others. He looks down on lower and middle classes, has frequently expressed disdain for women, Mexicans and blacks. Not to mention the vitriolic nonsense spewed regarding Muslims.

Sadly, of course, there are others from other countries much like him.  And so, the question again — could we have gotten any further away from the idea of a world safe for diversity?

Assuredly not. Yet, I as I did in the 1960s I  believe there is hope. I see it in the marches, where men and women, of all colours and religions, come together to protest injustices. I see it in the uplifting posts on social media, highlighting examples of 'colour blindness'.  I see it in the faces of two six-year-old boys, one black, one white, who got their hair cut identically to try and fool their teacher, whom they believed would be unable to tell them apart.

The majority of people are inherently good. They live by the rule that all are created equal. That the one they stand beside is brother or sister regardless of race, gender, religion or sexual preference.  That diversity makes this world richer.

Maya Angelou once said, "It is time for parents to teach young people early on that in diversity there is beauty and there is strength."  My heart is always gladdened when I see examples of that beauty and strength, regardless of how whimsical the source. Such as the glimpse I got just the other day.

When it comes to facing each and every morning,  I have a little ritual I practise that gets the endorphins moving. I dance. Rather than take on a treadmill at an hour of the day when even smiling is asking far too much of me, I turn to YouTube, pick a tune and let the music take me away. I dance as if no one is watching — because no one is — and let sublime replace surly as the mood of the morn.

On this particular day I decided to boogie to The Beatles, a band that exemplified  pacifism and open-mindedness, come to think of it.  When a 1968 video of them performing Hey Jude live on a David Frost show came up in the rotation, though,  rather than continuing to shake a leg,  I paused instead to watch.

The Fab Four were seated on a round, centre stage, surrounded by a very lucky studio audience.  Closeups of each Beatle, including dreamy Paul McCartney at the piano, eyes gazing soulfully into the shot, dominated the video. Eventually, however, as they reached the repetitive final refrain, the crowd began to move in and dance around them. At which point I became aware of something pretty cool.

A charming, bespectacled boy in conservative suit and tie filled the screen just before the camera shot to an elderly gentleman with colourful flowers over each ear. There were black, white and brown; male and female, old and young, WASP-y and most defiantly not so. And all seemed blissfully unaware that any differences existed. As is often the way, music was the link that brought them together and erased any differences,

Which inspired these thoughts today and my desire to see what type of images might be found online when searching graphics services like iCLIPART.com and Clipart.com for diversity. Here are the results: 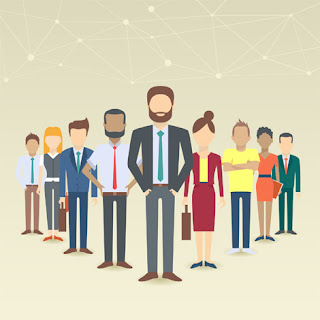 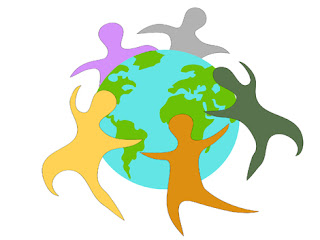