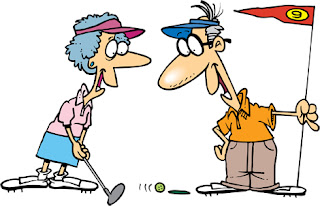 Summer has arrived. Days are longer, temperatures higher. The sun shines brighter against the azure skies, while campfires cast a glow on starry nights. Life is easier, stress lower. The shorter hours of darkness give us time to do more, to pursue more, to complete more.

Amidst the clamour of this busy, busy world it's as if we have suddenly earned moments to kick back and relax. Work is shifted, or even dropped, for a round or two of golf.  Weekend chores are put on hold as we head off to the beach.  We give ourselves that one extra chapter in the book,  one more morning coffee. It's like a hint of what life will be like when we can leave behind the toil of the workaday world.

Having reached a certain age the notion of retirement has presented itself on occasion in recent months.  It's a word I've heard attached to negative connotations by a few others, who fear the notion of a life unfulfilled, of long days with nothing to do.  Personally I can't imagine it. Though gainful employment might be gone, I, like Oliver Wendall Holmes, love to play and doubt I'll be quitting that any time soon. Extra time in which to do it  can only be a good thing to my mind.

I look to my parents too and the joy they found in their 'golden' years.  They were fortunate and retired early, both of them by their mid-50s. They spent summers at their vacation spot in a popular lakeside resort town.  My father took up golfing and enjoyed endless hours on the links with his friends and grandsons.

My mother, who defined the term social butterfly, made it her personal mission to become acquainted with everyone she met. Her place became the one for coffee breaks with homemade treats, for knitting and crocheting lessons.  Moments without conversation were whiled away in the kitchen where she pursued her love of baking,  before the TV, knitting needles in hand while watching her favourite soap, or walking, where she typically made at least one new friend.

Summer evenings were spent with drinks at campfires or in a friendly game of cards when rainy skies shooed them indoors.

Winters, for many years, meant weekend dances at their favourite haunt. Drinks and cards at the Legion, coffee chats at local restaurants were just some of the activities that kept them moving. For a long, long time they celebrated retirement and played. Well.


So unlike some people I'm not remotely fearful of the word retirement. It is to me synonymous with useful leisure. In another recent blog, I spoke of retirement and of the interests I might pursue. Because then there will be time. I can't see anything negative about that.

The majority of retirees that I know are active, fun-loving and ready to go. They travel, seeing the world and learning about new cultures. They volunteer, able now to pursue selfless activities that interest them. They socialize, able to fit in those visits that they've long had to put on hold. And, yes, they play any way they can — golfing, bowling, dancing, and on and on.

You can see every element of retirement and its possibilities, including some humorous takes on the topic,  with these terrific clipart collections: 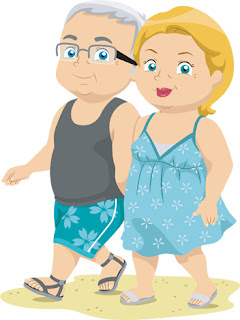 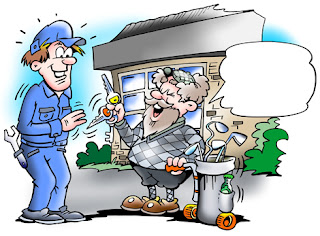