Get Your Projects Moving With This Eye-Catching Transportation Clipart 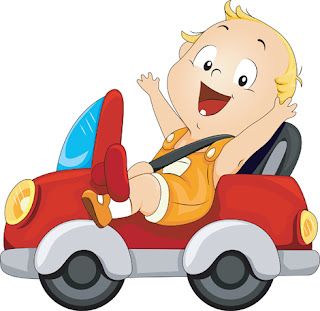 The popular Lennon and McCartney song, it has been suggested,  might actually have a slightly less innocent reference than that of transportation. However, while that might appeal to our base instincts, there's no doubt that in this busy, chaotic getting from here to there, whether by automobile or other means, is also super important.

My husband loves his cars. He's never had to have the flashiest; quite the contrary really. The newest vehicle in his fleet is over ten years old while the most revered is a lovingly restored example of 1967 Mopar muscle. But he has always ensured that besides that classic Coronet, driven only in summer on momentous occasions or to special events, we have one for him, one for me and often even a spare parked in the driveway.

Though a third one for everyday use might seem excessive, the practice has proven its worth more times than not. An apparently superfluous set of wheels can definitely come in handy. Vehicle number three has recharged a dead battery on his or my car when one or the other of our usual rides is out and about. It has filled in  when an emergency breakdown has occurred, a real bonus given that we all know when we have plans to go somewhere the last thing we want to have happen is discover we have no way of getting there.

Of late, my hubby and I have been giving some consideration though, to reducing the fleet.  With retirement drawing ever closer we're thinking that maybe we could get by with just one car and over the last several weeks have decided to give it a try and see how far we get.  We did pretty well too, until this morning, when with hubby out of town, cloudy skies threatened my morning walk to work and I decided it was in my best interests to ride. That said, without the job to go to, the one car experiment would probably have still been going.

Unquestionably, travel is a big part of society today, whether short jaunts to nearby places or long trips to far away corners of the world.  We find our way to these places a variety of different ways.

Generally, for reasonably close excursions made independently, we rely on our cars and trucks.  Others, though, like to put a little more effort into their touring. Our son, for example, has recently discovered great pleasure in cycling from town to town, destination to destination. His tour might be of necessity, or simply a summer diversion, but whatever the reason when he heads out he's happy to be leaving the car at home.  He has found peace on the assorted trails and rural roads and relishes nature and the new sights in his stops along the way.

In larger urban centres there is public transit to take people out of the city or out of suburbia. We have trains and buses that move us across country, planes that carry us  over land and sea, ships that cruise us to ports around the world.  We drift in hot air balloons, pedal steep slopes, ride waves. We travel for work, for play and simply because we can. We journey using wheels, rails and wings.  And you can see them all here in these fantastic transportation clipart collections: 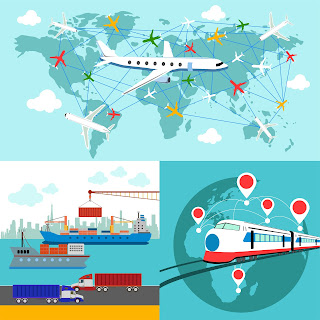 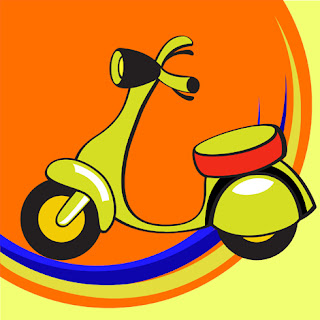