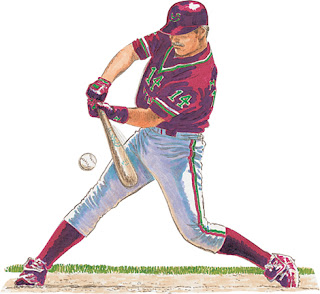 The World Series concluded a couple of nights ago a way that even the most die-hard Dodger fan had to feel okay with. It took seven great games of baseball for the Houston Astros to defeat the LA team and in so doing take home the coveted title for the first time in franchise history.

While that's noteworthy, perhaps the real reason that so many had their hearts behind the Astros is that this victory has given  a city devastated by Hurricane Harvey in August something to celebrate.

North of the border we folks in Canada, with our Toronto Blue Jays trading bats for golf clubs weeks ago,  had the luxury of enjoying the games without the passion and occasional heartache that can accompany rooting for your own team. We could pick a side without really caring.

The majority of people I knew wanted this win for the Texas team for the aforementioned reasons.  The Dodgers, after all, have been World Series champs six times already and it's always nice to see an honour bestowed on someone for the first time, particularly when the playing field, so to speak, was pretty level. The teams were evenly matched and treated their fans to some excellent baseball. Then there was the more sentimental view that the Houston fans needed this victory. 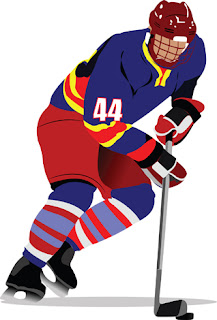 However, while Canadians were interested in the outcome, many had most certainly given over their couch potato time to rinks rather than diamonds.  As I watched game seven of the World Series  I couldn't help noticing an 'alert' at the bottom of the screen reminding Canucks the channels on which we could find National Hockey League games. Most people in the true north strong and free are delighted to make their way to a cold arena any time of year. Now that fall is here, with the Jays over and out for another season, baseball, even championship, was bound to take second place.

Sports, whether you play or are content to just watch, is a broad subject comprised of diverse and plentiful sub-categories. It's certain that most everyone could pick a favourite.

My two sons loved sports of every kind. They'd watch them all and participate in many of them. The older was a standout in track's horizontal jumps while his younger brother could take on any position in baseball and do the job very well. 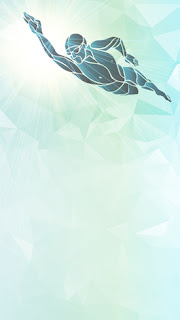 Our girls rarely watched sports, but played baseball and soccer. It was in the water, however, where they shone. Both parlayed a hobby into summer employment at the local pool throughout their teens. While the younger was an avid competitor on the swim team, her older sister still lives and breathes for a chance to do some laps or dive into the lake.  No body of water has ever been too cold, no sky too cloudy.

Though I enjoyed playing baseball as a kid, I am more of a sport appreciator. I used to love nights out with my guy watching him knock out some homers for his baseball team. Such pleasure I took in seeing my eldest soar in a triple jump or my youngest fire a rocket from behind home plate to take down a runner. Such pride I felt watching my girls gracefully slicing through the water, such admiration for the stamina and finesse.

Whether it's watching our kids or professional athletes, whether it's playing because we're good at it or just to have fun,  a love of sports is a big part of life.  These clipart collections include them all from football, baseball and hockey to track, snowmobiling and auto racing: