Improve Your Holiday Photos With These Helpful Photoshop Tutorials 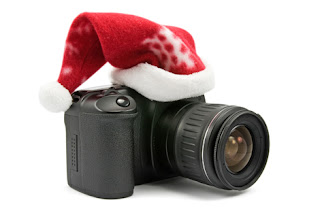 "Taking an image,  freezing a moment, reveals how rich reality truly is." — Anonymous

There are many instances over a lifetime when the notion of 'freezing a moment' is yearned for. Often, unfortunately, after the fact. There are those precious times with loved ones that we wish we could hold onto forever. There are those vacations we took, those events we attended that were so enjoyed we wished they could go on forever. The best we can hope for typically is that we have a camera with us to at least preserve the memory for posterity.

Thanks to technology many of those memories are safeguarded these days. With digital cameras, tablets and smartphones, there are a lot of snap happy people out there running around here and there, grabbing pictures of this and that along the way. So much so that in the extreme they are often too busy capturing the moment to realize they aren't actually enjoying it.

Having long ago recognized the value of picture taking, I've been known to be one of those aforementioned people. At family events I always seem to be on the move, trying to ensure I've taken at least one picture of everybody, and that I've managed to catch at least some of those wonderful candid moments to cherish in later years.

It was after hearing someone mention at a concert one night, though, that all of those people frantically snapping pictures  were missing a good show,  when I realized I maybe needed to rethink how I'm using my camera. Photographing everything that's happening so I can cherish the moment isn't really so good if I'm not actually part of any of it.

Given the time of year that's upon us, the opportunities for picture taking are plentiful. From the laden Thanksgiving table to the chaos around the Christmas tree,  the photo ops we can look forward to over the next few weeks are endless. And while you too have maybe decided to not spend quite as much time trying to get a picture of every treasured moment,  you will want to be sure that the pictures you take are worthy to be called a keepsake.  The quality needs to be there. 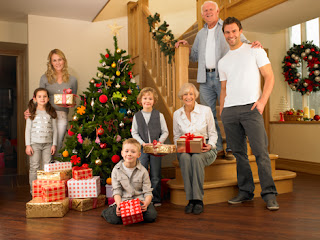 At a recent family gathering at our home, in keeping with my decision to cut back on my shutterbug role,  the plan was to opt for a few organized group photos. It seemed a brilliant idea at the time. We all know, however, how much fun it is to organize a group of kids into a portrait picture. When half of them are under six and dozens of adults are offering advice and instruction, the resulting melee was not conducive to art.

The subjects were beyond adorable but the results not so much. Impatient, energetic kids in constant motion tend to make for some interesting pictures. For that matter, the reluctant, truculent adults weren't a whole lot better when it was there turn either. Adding more to the mix was the fact that on this day the required lens decided to have an issue.

Thanks to digital photography, with no film to process and having the ability to see the picture you've just taken, photographers have more chances to get it right. They can take dozens of pictures of a group, and make adjustments to improve what they're seeing. That said, there are still times when the end result disappoints.

Fortunately, with today's image editing software many problems can be corrected. In a perfect world we'd all get the lighting and exposure right every time, but seizing a moment often means we take what we get with little time for adapting. These links will offer novices solutions on a number of common problems:

How to Adjust Exposure

How to Fix a Blurry Photo

Photoshopping People from One Photo to Another