Thanksgiving and the Season Begin with Wonderful Holiday Clipart 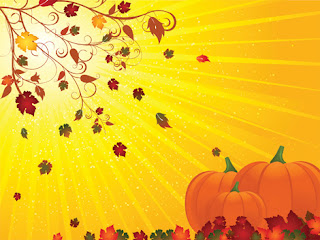 Little remains of the kaleidoscopic canopy that autumn created. The foliage began its slow fall weeks ago, littering the ground with colour and crunch. The days have shortened, the air is crisp and in this corner of the world we are anticipating snow's  appearance.

Now we can turn our minds to the special celebrations that will dominate life for the remainder of 2017.  There was an early start for my extended family this past weekend as we gathered for our annual 'Christmas' dinner. Too early? Maybe. But we have our reasons.

As time aged us, as it moved us along different paths, as work schedules became more complicated, as more people were added to the clan, my siblings and I, along with our now-grown children, found ourselves distanced by hundreds of miles in various directions as well as conflicting work schedules. The busyness of the traditional festive season makes it challenging enough to co-ordinate a special holiday time, let alone when you have to drive a couple of hours to get there or have people working shifts. We knew long ago,  if we wanted some time together we had to figure out a plan that would work for the majority. 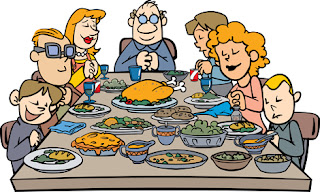 So, we removed the 'hectic season' from the equation and found our solution in partying before the rush.  Some might argue it's too soon. We've maintained, however, that if this is the best we can manage then it's better than nothing. The main event might still be weeks away, but we've never had any difficulty getting into the spirit of the celebration. Especially since the unofficial kickoff is only a short time away.

Even on this side of the border it seems that once the American Thanksgiving is on the horizon, everything just starts feeling a bit more festive. It really isn't long now before folks in the United States will be taking time from their regular workday routines for this significant holiday. They will gather with friends and family to give thanks for their many blessings. And to watch football.

The occasion is held in recognition of the feast that followed the Pilgrims first harvest in the New World in 1621. Attendee Edward Winslow recorded that in addition to the 53 settlers,  90 Native Americans were also on hand. The day became a federal holiday in 1863 when President Lincoln called for a national day of thanksgiving and praise. 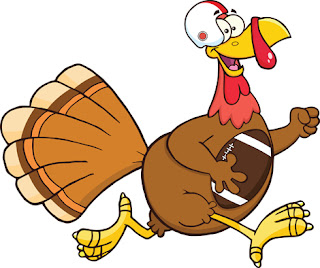 While the holiday was founded as a religious observance, events today aren't restricted to the spiritual. New York City hosts its annual Thanksgiving Day parade for example. And while families gather to enjoy a feast of roast turkey and all the trimmings, pulling them away from the weekend's NFL and college games to partake of that meal can be
tough. American football is as much of part of the holiday as sweet potatoes and cranberry sauce.

With the holiday always marked on the fourth Thursday of November, people take advantage of an opportunity for an extra long holiday weekend with Black Friday. The inspiration to get that holiday shopping started, the day offers bargains and discounts guaranteed to entice massive hordes of people to retail outlets with the promise of helping them stretch their holiday gift-buying budget. 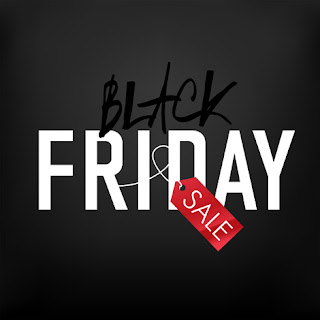 Between now and then, promos and advertisements will be letting everyone know about deals and discounts, events and celebrations all geared towards the holidays. So really, how can you not start feeling a little festive these days?

If you're preparing for Thanksgiving by creating invitations, flyers or retail promotions, you'll be looking for som great clipart to enhance them. Here are two excellent resources: