Christmas – a Time for Traditions Including Hanging Those Stockings 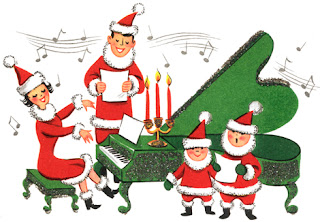 It's true, Christmas can feel like a lot of work, particularly for mothers. But when you look back on all the Christmases in your life, you'll find you've created family traditions and lasting memories. Those memories, good and bad, are really what help to keep a family together over the long haul." — Caroline Kennedy.

When I look back on all of the Christmases in this life,  I'm blessed to be able to say that few of the memories are bad.  From the Sunday School concerts, followed by the drive to see the lights around town, to the presents under the tree and supper with the cousins at Grandma's and Grandpa's, the images of my childhood festive holidays are ones I hold dear. They do in fact bind me, with threads of sentimentality and love, to those with whom I share them.

Later, as a young mother of four beautiful children,  the memories created were often from the traditions that began with this new life my husband and I were beginning. There was nothing particularly original, no grand gesture. They are many things that others might not even consider traditions, more like rituals. But the simple things are often the best and remembered with fondness.

There were the Christmas Eve dinners with good friends, after which we attended the candlelight service at our church with our young broods. The soft glow, the magnificent music filled the air while the meaningful message of peace and goodwill filled our souls. A more selfish bonus was that late hour ensured a slow start to the next morning's chaos for little ones.

To get the turkey stuffed  and in the oven in time for our dinner I, however, was up in the early morning stillness. It did afford me the pleasure of a few quiet hours to myself which fast became another tradition.  Snuggled in my chair by the twinkling lights of our tree, I savoured a nice smooth coffee, made even more so with a wee addition of Irish Cream.

Our eldest was usually the first to make his way downstairs and this time with him was special to both of us. As my first-born he had had my undivided attention for a couple of years. Now, with competition from three younger siblings,  that rarely happened and we enjoyed this time to reconnect.

We also came to anticipate the fun of dragging the younger girl and their father out of bed — the latter lagging about to play along, the former the best sleeper I'd ever known at the time. With tugging of blankets and pulling of legs we would finally manage to rouse her well past the time most kids her age would be playing with their new gifts. Or perhaps this was all a ploy to wear the Santa hat, traditionally bestowed on the last one awake. 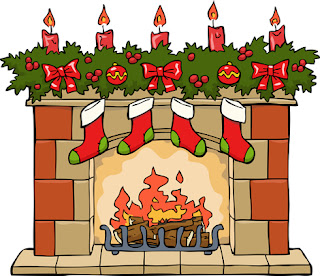 When we finally did get everyone organized around the tree, the mayhem that is youngsters and the discovery of gifts from Santa, was controlled somewhat by my insistence that presents would be unwrapped one person at a time. Including the stockings which were actually the highlight of each Christmas morning.

Without a fireplace from which to hang our stockings with care, they graced our staircase. Before they were opened,  the requisite photo was taken with our crew on the steps. Then with much delight time was taken to discover what hidden treats Santa had bestowed on them.

There were others traditions, of course, some grander, some that fizzled out. But even now, with grandchildren making our family all the more perfect, the stockings and the rituals that accompanied them are a big part of our festive gathering.

So as we head towards the final week before Christmas let's highlight this familiar holiday tradition with some super Christmas stocking clipart: