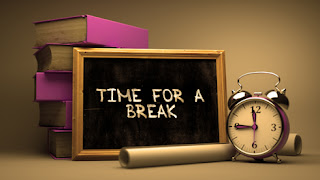 "Isn't it amazing how much stuff we get done the day before vacation?" — Zig Ziglar. Ha ha. I was actually thinking that very thing this morning as I ran out the door on my way to work. In the previous half hour I had packed suitcases, watered plants, washed dishes, threw in a load of laundry in the washing machine and paid bills.  It was frenzied and chaotic but imperatively essential that I had gotten things organized and settled. I am, you see, leaving for my a summer vacation right after work this glorious Friday.  Taking an extended absence from our regular life ensures there is always plenty to do — not just in preparation for the things we will not be able to do in the upcoming days but in tidying up loose ends before we depart. Having met all the demands on my essential lists, I'm ready to now relax guilt and worry free and enjoy my vacation. It might seem I'm beating the starter's gun on this one. There are still weeks remaining before spring
Post a Comment
Read more

This Collection of Thousands of Photos from iPHOTOS.com is for the Birds 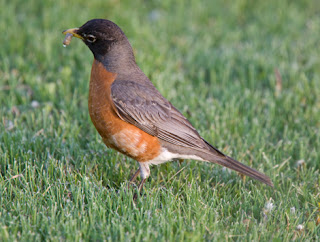 "Everyone likes birds. What wild creature is more accessible to our eyes and ears, as close to us and everyone in the world, as universal as a bird?" — David Attenborough A lazy Sunday morning. The sun had begun its slow ascent above the horizon hinting at the possibility of a perfect day. Outside the window a mixed chorus began, the music of cardinals, robins and finches, the cacophony of crows and gulls. Though their songs and calls had awakened me and had reached such a level as to make a return to sleep almost impossible,  I also found them conversely soothing. Which is strange, given that this was the weekend and as a working girl I'm rather selfish about the two opportunities it provides for a bit of extra sleep. To disturb me then is to take your life into your hands. Yet, though the sky still held a shadow of darkness, though the clock hadn't struck six, I felt content. Though the discordant cries of the larger birds were something I could have done with
Post a Comment
Read more
More posts