Get Great Summer Photos With These Fantastic Tips 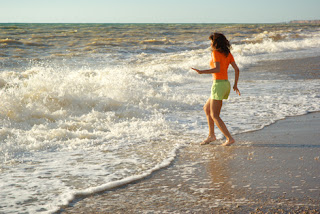 "The beauty of that June day was almost staggering. After the wet spring, everything that could turn green had outdone itself in greenness and everything that could even dream of blooming or blossoming was in bloom and blossom. The sunlight was a benediction. The breezes were so caressingly soft and intimate on the skin as to be embarrassing." — Dan Simmons, Drood Paints a lovely picture doesn't it? Summertime. Such a beautiful season. Sunshine burns in azure skies. Lightning streaks across dark broody nights and heavens open to douse us with refreshing rain.  Melodious birdsong is carried on gentle breezes that kiss our heated skin, and make garden flowers dance and sway. Finding words to evoke the essence of summer, such as those written by Mr. Simmons, is a talent. Capturing it effectively in art and photography also requires creativity and technique. Summer is more than a season — it's a feeling, a lifestyle, an energy. It takes more than a camera or paintb
Post a Comment
Read more 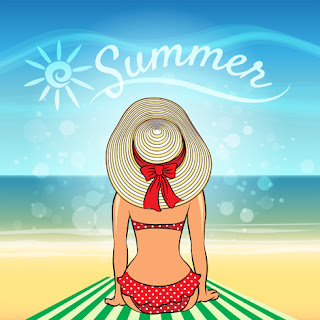 "A vacation is having nothing to do and all day to do it in." While comedy writer Robert Orben has succinctly described the pleasure of a break from work I'd have to say that this quote as a general overview might be somewhat of an oversimplification. At least when little ones are involved. My husband and I recently returned from a lovely week at lake country, accompanied for most of it by two of our grandchildren, ages five and three.  You can well imagine, therefore, that there was plenty to do. Though nothing was exactly scheduled, there was never a moment for just doing nothing. Most mornings began in a flurry of activity, as the little ones were scuttled in to the washroom, then guided to the dinner table with discussions already underway on what was on the menu for breakfast that day.  Then, while they fueled up, Grandma and Papa got suited up for a day at the beach before digging out tiny swimsuits, towels, buckets, pails, sunscreen, snacks and drinks and p
Post a Comment
Read more
More posts