You're Sure to 'Bee' Excited About These Great Clipart Collections 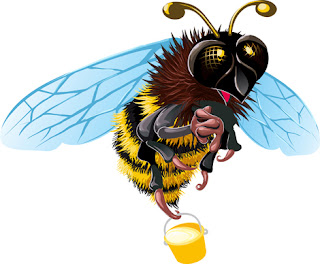 Sometimes it takes a simple approach to remind us of important things.  Take for example the 2007 animated film Bee Movie , where, in a cute and colourful way, attention was drawn to the value of nature's most industrious insect. We know we can thank bees for honey. We know they can deliver a nasty sting when we get in their way. But we don't necessarily think about everything that they do. Bees are responsible, after all,  for pollinating crops, fruits, vegetables and flowers.  Their loss would threaten the food we eat and the beauty around us. Sadly, bee colonies haven't been doing all that well in recent years.  Back as far as 2007, concerns were expressed about the fact that honeybee colonies were dying at an alarming rate and there appeared to be no simple answer.  According to researchers, who determined  there was more than one factor at play here, the issue was complex. They ultimately attributed the majority of the losses to parasites, disease, nutrition and
Post a Comment
Read more

It's Almost Time for Back to School. See Shiny, Happy Student Faces from iPHOTOS.com 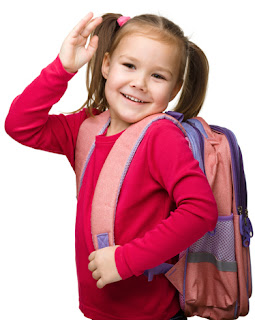 "All children start their school careers with sparkling imaginations, fertile minds, and a willingness to take risks with what they think." — Ken Robinson The 'S' word has been finding its way into conversations increasingly of late. First there was the discussion with our daughter regarding the near-future plans she and her family have in place. Listing those leisure activities,  brought the realization of how soon back-to-school time was going to be here. An educator in a Junior Kindergarten classroom, she declared, with no little amount of shock,  that in just a few weeks she would be "back to reality". Our son, who is currently vacationing at our summer spot, remarked this past weekend that he might not stay in this place of respite for the whole week. A teacher, he noted that it's just about time to start planning for the upcoming term, then commented that his brain might not give him the calm he needs to enjoy too much of a sojourn at this po
Post a Comment
Read more
More posts